The People’s Republic of China (PRC), commonly known as China, is the most populous state in the world with over 1.3 billion people. Located in East Asia, China is governed by the Communist Party of China (CPC) under a single-party system. The PRC exercises jurisdiction over 22 provinces, five autonomous regions, four directly administered municipalities (Beijing, Tianjin, Shanghai, and Chongqing), and two highly autonomous special administrative regions (SARs) - Hong Kong and Macau. Its capital city is Beijing.

At about 3.7 million square miles, the PRC is the world’s third- or fourth-largest country by total area depending on the definition of what is included in that total and the second largest by land area. Its landscape is diverse, with forest steppes and deserts (the Gobi and Taklamakan) in the dry north near Mongolia and Russia’s Siberia, and subtropical forests in the wet south close to Vietnam, Laos, and Burma. The terrain in the west is rugged and at high altitude, with the Himalayas and the Tian Shan mountain ranges forming China’s natural borders with India and Central Asia. In contrast, mainland China’s eastern seaboard is low-lying and has a 14,500-kilometre long coastline bounded on the southeast by the South China Sea and on the east by the East China Sea beyond which lies Taiwan, Korea, and Japan. 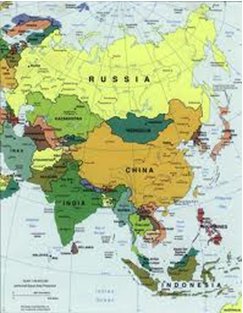 The ancient Chinese civilization–one of the world’s earliest–flourished in the fertile basin of the Yellow River which flows through the North China Plain. For more than 6,000 years, China’s political system was based on hereditary monarchies also known as dynasties. The first of these dynasties was the Xia (approx 2000BC) but it was the later Qin Dynasty that first unified China in 221 BC. The last dynasty, the Qing, ended in 1911 with the founding of the Republic of China (ROC) by the Kuomintang (KMT), the Chinese Nationalist Party. The first half of the 20th century saw China plunged into a period of disunity and civil wars that divided the country into two main political camps– the Kuomintang and the communists. Major hostilities ended in 1949, when the communists won the civil war and established the People’s Republic of China in mainland China.

Since the introduction of market-based economic reforms in 1978, China has become the world’s fastest growing major economy, the world’s largest exporter and second largest importer of goods. China is the world’s second largest economy by both nominal GDP and purchasing power parity (PPP) and a permanent member of the United Nations Security Council. It is also a member of multilateral organizations including the WTO, APEC, BRIC, Shanghai Cooperation Organization, and G-20.

Xiuning County is historically famous for having produced more zhuàngyuán (状元: the scholar with the highest score on the national Imperial examination) than any other place in China. Accordingly, the large public space in Haiyang Town is called Zhuangyuan Square.

In 2009, the Xiuning County People’s Government unveiled a monument commemorating the 1800th anniversary of Xiuning (208-2008).

For advice on vaccinations and travel medication, we recommend that you consult your doctor or health-care provider to determine what you will need (this will depend on individual factors such as your health and immunization history). It is best to see a health-care provider at least 6-8 weeks before your trip. General information can be found on the Center for Disease Control and Prevention Web Site athttp://wwwn.cdc.gov/travel/destinationChina.aspx. The CDC also urges that you ensure your routine vaccinations are up-to-date prior to traveling.

You will need a valid passport and a visa in order to travel to/from China. For information about passports and visas, please visit the U.S. State Department travel Web Site atwww.travel.state.gov/passport.

The visa for China requires a passport valid for at least 6 months and having at least one blank visa page. For more information about the Chinese visa and how to apply, visit:http://www.china-embassy.org/eng/hzqz/zgqz/t84246.htm